Jimmy Leppert recently finished his third year of college ultimate with SUNY-Buffalo's Green Eggs and Ham. He's been playing the game since high school, and hopes for a hockey and ultimate hybrid someday. Brought in to help out "Mama Bear" edit articles, slowly he's starting to get more involved. Inside the Callahan Video: An Interview With Jay Clark

Jay Clark has gathered a bit of buzz this year for his professionally-edited videos for Georgia's Elliott Erickson and Hannah Leathers. Clark was also the brain behind Nick Lance's iconic 2012 Callahan video. 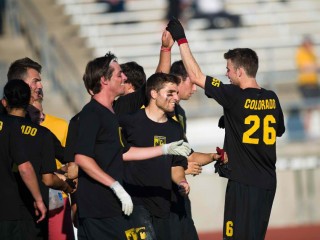 Discipline Above All Else: Men’s Semifinals Breakdown

Colorado and North Carolina have been the favorites for the title all season, now they face each other for the championship. Jimmy and Coit analyze what got them past their semifinals opponents. A Tale of Two Teams

This Saturday morning game was an instant classic, and helped set the tone for each of the two combatants for the rest of their day heading into the championship bracket. New England Open 2014: How About that Weather?

New England Open is the final stop on the 2014 College Tour presented by Spin Ultimate. Teams will be vying for one last chance to snag rankings, respect, or that elusive strength bid. For the first time this season, the Power Rankings are led by someone other than North Carolina Darkside. Instead Colorado grabs the #1 spot with a convincing title win at Centex. University of Michigan Magnum make their first major tournament finals appearance and emerge as the surprise victors of Easterns 2014. Jimmy Leppert discusses his evolving strategy and what he thinks he did right (or wrong) in the draft.

Most Recent Articles from
2014 College Tour