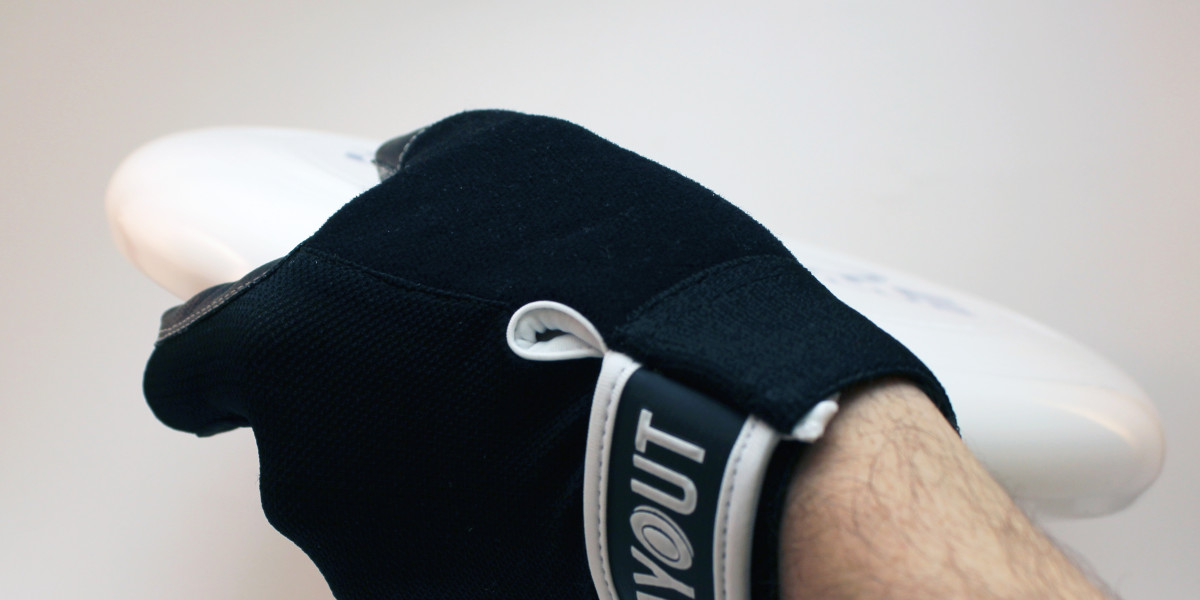 Layout Ultimate is a recent up start from Toronto, Ontario with the purpose of providing high end ultimate gear to enhance your performance.  Their mission is to constantly strive to design innovative products to further up your game!  Their passion and enthusiasm for the sport seems on par with anyone that would be scouring the likes of Skyd Magazine and I commend them for that.

I first want to preface this review with some transparency.  I am not a huge glove enthusiast and only use them in a combination of adverse conditions (wind, cold, rain, humidity, etc).  I have not previously reviewed a product so I may lack the kind of polish an experienced reviewer would bring, but will do my best to be objective and honest.  Lastly, I did not get the opportunity to utilize their full effect due to being unable to use them in rain or snow.

With that, I evaluated the gloves based upon a number of criteria that seemed pertinent to performance:

As stated on the Layout Ultimate website, and frequently by their creators, their gloves are designed to provide constant grip under any and all conditions.  Testing them in a variety of conditions ranging from windy throwing in the park to competitive indoor goaltimate, I will attest to their ability to maintain disc security and grip throughout all conditions encountered.  They provide a tacky but comfortable palm which prevents any slippage or perturbation while in the hand.  When isolated, such as working on throws in the park, this translated to 5-10 yards of extra distance on hucks, and increased snap and power on shorter, quick throws.

The downside I found from this was that while focused, well executed throws had increased power and range, small deviations from the planned trajectory were accentuated.  In other words, a slightly mis-released disc took a worse flight pattern than anticipated.  I would recommend becoming acquainted with the feel and release for best use, but overall the gloves provided better throwing grip.

I am not sure if others have ever encountered this phenomena, but I personally find that due to the lack of feel of the disc  or intimacy of the plastic as it touches my hand, I catch worse in gloves.  Specifically, when it is raining or humid, the material utilized to construct the glove can subsequently work against its objective on pancake catches or difficult, outreached one handed grabs.  Trying out a number of catches, one handed in front, pancake, one hand to the side, and trailing edge, all were effective without any chance of slipping or jostling out of your hand.  No matter what I tried, the disc managed to stick which was a nice change to the glove experience for me.  Overall, I was very pleased with the catching ease. An important aspect that has come up with gloves is their ability to hold up against the wear and tear of playing.  Tears, rips, and fraying in the fabric seem to be a common occurrence for gloves as a result of bids and other physical plays.  Layout Ultimate combats this issue with a robust synthetic leather palm that is double stitched, around the palm and fingers, to a nylon/elastic back. The nylon/elastic material allowed for expansion, helping prevent the risk of tearing  or ripping the gloves due to friction. This was thoroughly tested over the course of indoor goaltimate through a number of bids throughout the game. While the gloves remained intact, with no tearing or rips, the palm did sustain some scuffing as a result of the hardwood floor. Overall, the design does seem to be robust and durable, but the gloves lost marks due to the scuffing. [It is unlikely the scuffing affected the glove performance and also unlikely people will use them enough on courts to destroy them, but I digress.]

This category is explicitly focused on the practicality and application of the gloves in real game scenarios. While throwing and catching were objectively analyzed in the more controlled environment of isolated throwing, this is a more subjective analysis of their use in game; this pertains to the user experience.

With that, I found that the gloves’ catching held up against the gauntlet of scenarios that came my way. I was able to catch with comfort and ease on all throws, from the rudimentary chest pass to difficult and challenging bids on the hardwood. It was encouraging and confidence building to know if I could get a hand to it during the grueling battle of indoor goaltimate, I would be coming down with it.

On the other end, when equipped with the disc, the gloves provided sharp, powerful throws when focused.  However, I personally found, due to my style, that some of my short, quick, altered release throws didn’t come off as well as expected. I will attest that I use some unconventional throws more often than others, utilizing slightly different grips (split finger, power grip, hybrid, etc) for the same throw depending on distance, power, and weighting.  This coupled with my propensity to vary release points and specific throws quickly led to some flight paths not as envisioned.  An example was a high release flick fake, to scoober fake, to a quick, low release backhand air bounce which stuck in the glove more than anticipated and came off more Outside-In than expected.  While this personally was an issue at times (specifically because of the need to use a full arsenal of throws due to playing indoor goaltimate), I believe I am in the small minority who would be trying such frantic maneuvers.  In a typical ultimate game, these kind of movements are rarely, if at all, required.  Unless you are Josh Markette, Derek Alexander, or a handler of that type who quickly changes grip and release on any number of throws, I do not think this will be a concern. Overall, the gloves seem like they would provide benefit to the majority of the playing population.  The marks off are due to the issue given above, and sometimes there are tradeoffs; more grip can translate to less nuance on release.

In conclusion, Layout Ultimate designed a robust and durable glove that provides increased power and grip.  They do take time and experience to fully get acquainted, but the benefits are there. If you are looking for a glove that will stand up against whatever you throw at it while providing increased grip, this may be what you are looking for. Just be aware, it may take some time to get used to their feel.