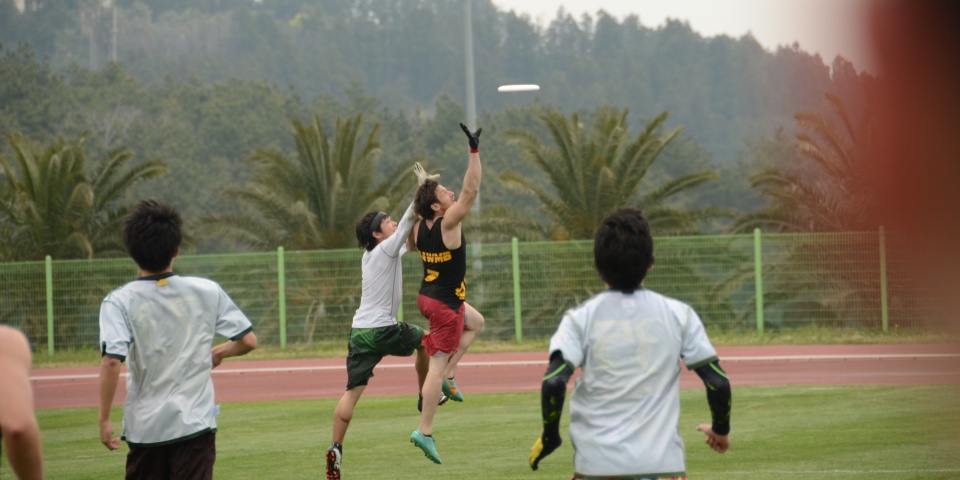 In Part 1 of this two-part series, you were dazzled by the glory and physiology of plyometrics, and then promptly persuaded that you should use them with your own team. Now we’ll talk about how to do this.

When training plyometrics, I group my exercises in two categories according to their focus. The first, and most important, is Landing Mechanics (LM). These movements aren’t always technically plyometric, but are crucial to staying healthy and avoiding injury in the rest of the training. Landing puts the most stress on the joints, and an improper landing can put you at risk of injury and limit your ability to produce force after the landing. Early workouts in a beginning plan will have a lot of landing exercises, which will be scaled back in later workouts.

The second part is Motor Recruitment (MR), the heart of plyometrics. These are your typical plyometric exercises like jumps, hops, bounds, etc. I start with limited MR exercises and implement more over the course of the program. The same exercise may have both landing and motor recruitment, but you can choose to focus on just one area if desired. Separating an LM and MR activity so athletes can focus on one at a time.

There’s a natural progression for most of the standard plyometric movements. Single leg is harder than double leg, higher jumps are more intense than shorter jumps, and adding a forward, lateral, or rotational component will increase the difficulty.  Some exercises can be progressed or regressed very easily. This helps you adapt programs for each player’s comfortability and readiness. If a player is crushing one-legged hops, encourage them to hop laterally or add a barrier. If they are struggling to use proper jumping and landing mechanics in a box jump, get a shorter box or use submaximal jumps.

To prevent injuries, I progress workouts according to the slowest-adapting player. Including adaptable exercises enables us to move slower as a team while allowing individuals to progress their exercises to an appropriate level. Athletes are generally ready to progress an exercise when they can land it in a slow and controlled manner. Though an activity like repeated hops may be quick, if an athlete’s knee is all over the place while doing them slowly, you can assume it’s doing the same thing when performed quickly.

Lunge jumps can be progressed to cycled lunge jumps

Do not try to overdo volume. If someone feels tired, then it’s becoming a conditioning exercise, and it’s unsafe to continue plyometrics. There’s no need to “feel the burn” during plyometrics.

Writing a workout will take a bit of experimentation as you discover how equipped your players are to do more exercises and how many need to be scaled up or down. Many coaches count ground contacts in a workout, but there’s such a discrepancy between the intensities of different exercises that I don’t find counting very helpful. Err on the side of safety, and keep at least 48 hours between intense plyo workouts.

Safety in Programming, Safety in Execution

Coaches need to be aware of the two main ways players can injure themselves due to plyometrics. First, since plyos create stronger muscle contractions, that adds stress to the tendons that connect them to the bones, which are slower to adapt. Starting with low intensity and low volume and slowly increasing will increase tendon strength.

Second, plyos can stress joints and the ligaments supporting them. Focus on landing via programming and during each exercise so the force is distributed through the muscles rather than the joints. The knees should not buckle in, and even a quick shift inward upon landing indicates that a player should not progress from that movement until they’re more steady. Often it’s hard to feel the quality of your landing. Mirrors can help, but it’s ultimately the coach’s job to watch and make sure all the players are performing the movements safely.

Low-intensity and high-intensity exercises can be combined together.

You may have noticed in the last article that plyometrics have a variety of ground contact times. A standing jump takes much longer to perform than each step of a sprint1As I mentioned in the previous article, the SSC is a combination of two mechanisms: the elasticity of our muscles and tendons, and the myotatic reflex from our muscle spindles. More research is needed to discover what percentage of each mechanism is used for each exercise, as well as at which speed each mechanism responds. My hypothesis is that during slower movements like standing jumps the elasticity of our connective tissues plays a larger role, and during quicker movements the myotatic reflex plays the larger role. This is completely unfounded, but I still create programs with exercises at a variety of speeds. For example, we may do sets of quick hops followed by sets of box jumps.. A variety of exercises should be used to cover that spectrum. Include quick hops and bounds as well as box jumps and standing jumps.

It should be obvious by now, but these workouts shouldn’t be programmed for the end of practice when everyone is tired. The ideal spot is right after a warm-up, before they get into high-intensity drills.

And finally, here are a couple programs I’ve used before. The first is for beginners, alternating short and long workouts to accompany a practice. The second is for an athlete that already has beginning plyometric experience and a couple years weightlifting experience.