It’s Time to Coach the Coaches

We have great strength & conditioning  resources for players, but not enough focus on helping coaches use it with teams. Ren has some ideas on how to change that but is calling on all coaches for feedback. Periodization means planning to peak for the most important part of your season. There are a ton of ways to do this. Here's an overview on how to do it successfully. Korea is hungry for ultimate. Coach Frank Nam offers a look into the growing community at their first international tournament in Hong Kong. Beau didn't become a champion overnight. He worked hard, and failed. And failed some more. 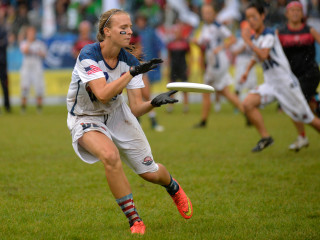 What Does the Research Say About the Physical Demands of Ultimate?

Strength training IS endurance training. Melissa Witmer dives into the latest research on athletic performance in ultimate and what it says about how we should train. They don’t. They don’t pivot over and fake backhands. ever. “But I pivot!” Exactly. “But Big Flick Fred pivots?” I said “great”. The funny thing is that half the people… Siege of Limerick: Secrets to Running a Great Tournament

Since 2007, the Siege of Limerick has emerged from humble beginnings to winning Ireland's tournament of the year in 2015. Tournament director Liam Grant shares what they've learned along the way.
Older →